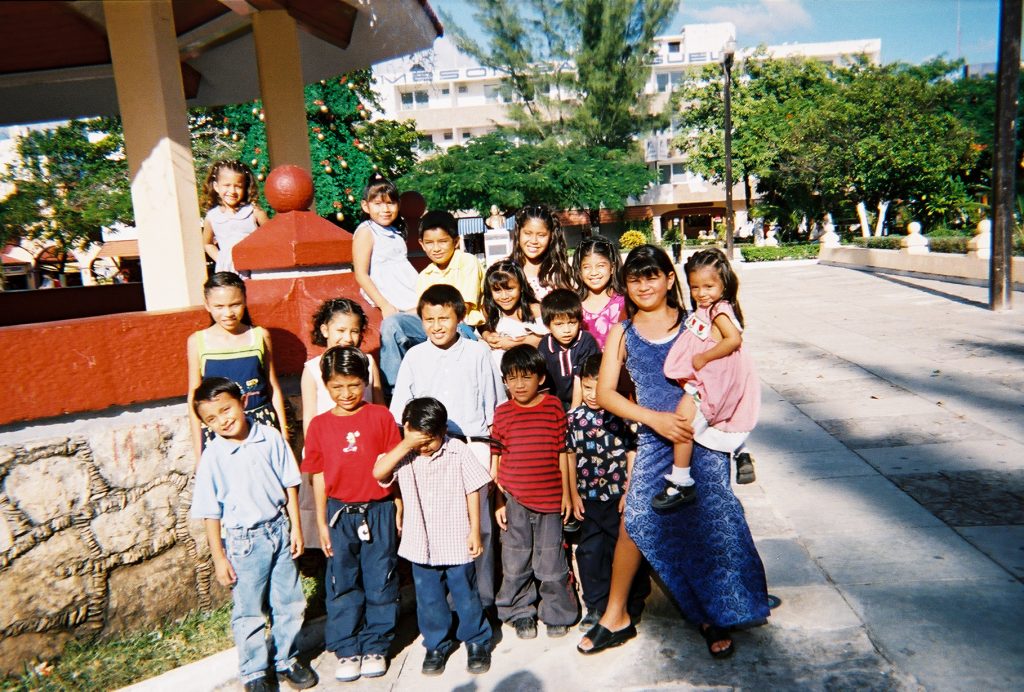 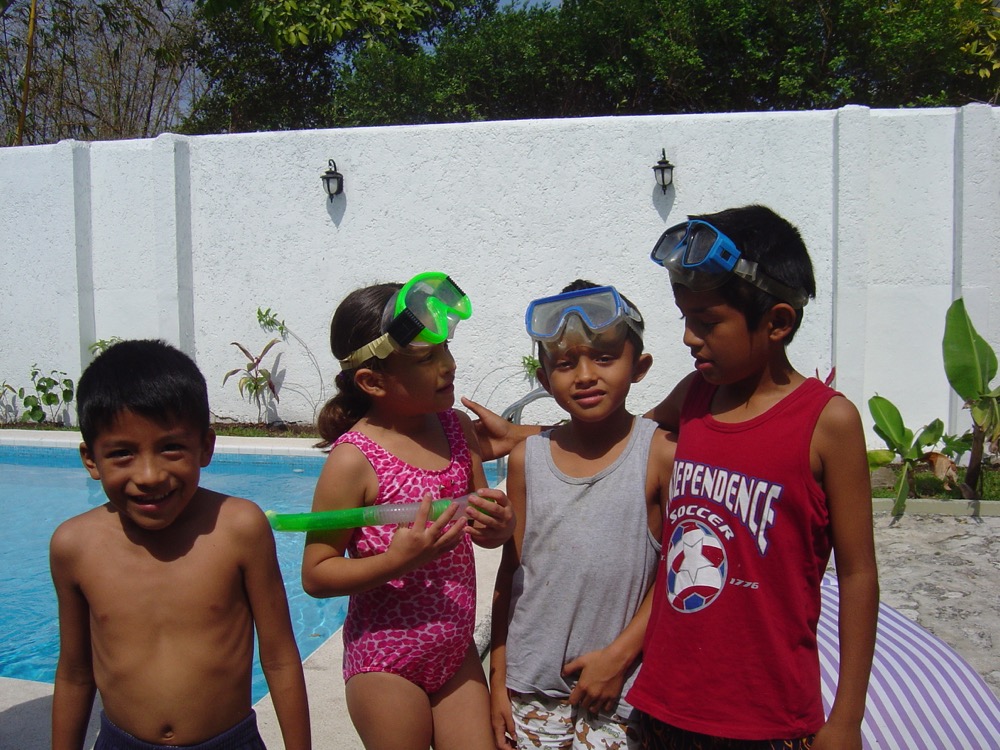 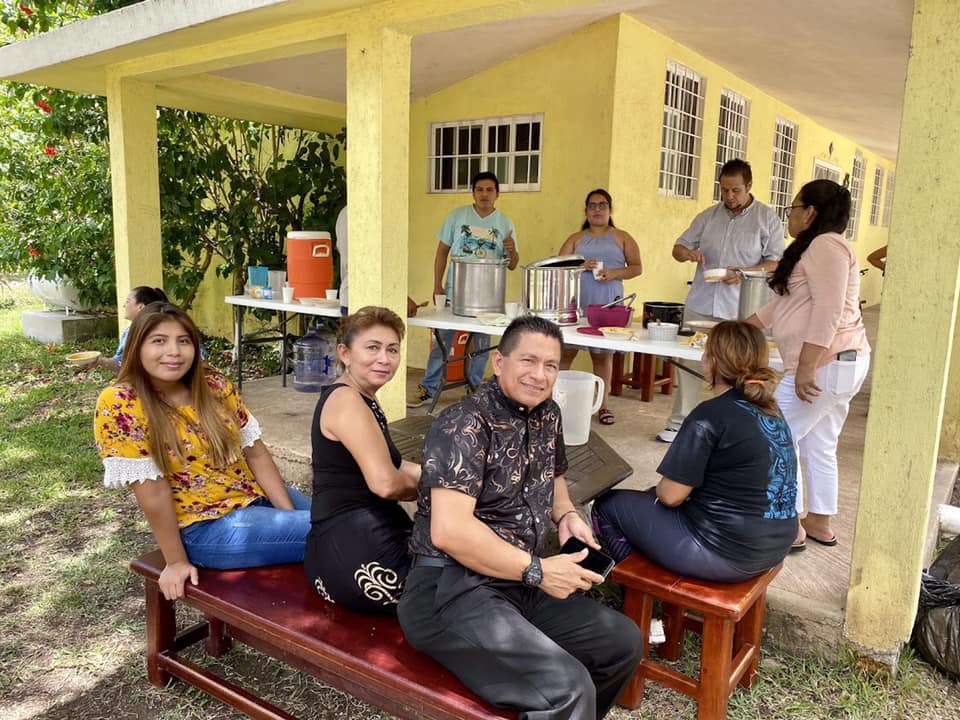 Phil and Donna Waldron were missionaries on the island of Cozumel. The Waldrons envisioned a home where orphaned, abandoned, and abused children of Mexico would live in a loving, healthy, Christian environment for the remainder of their childhood. A small group of people worked to make the Waldron's vision a reality.  Gary Gardner was hired to be the first director of the home and he and Nancy relocated to Cozumel.

In April 2002, a rental house was secured and in July 2002, the first children began to arrive.  By the end of that year, there were 9 children at Ciudad de Ángeles.

In 2003, a second rental property and 8 more children were added, bringing the total children served to 17.  Our first child was baptized in 2004 and we also achieved 100% sponsorship of our children.

2005 saw the addition of a third rental property and 4 more children, bringing the total to 21.

Cumulative donations exceeded one million dollars in 2006 and the number of active child sponsor families exceeded 50.

In 2007, property was purchased and building began on a permanent Ciudad de Angeles campus. Two more children were also added.  With the growth of the home came the growth in administrative responsibilities.  Dennis Wilson became the first full-time American Director, giving Gary Gardner the opportunity to concentrate on duties State-side as the President of the organization.  Dennis was joined in Cozumel by his wife, Theresa, and their four children, Valerie, Rex, Abbie, and Matthew.

Construction of three houses was completed and children were relocated to campus in 2008.  Five children were added, bringing the total to 28 and our second child was baptized.

In 2009, Ciudad hosted their 50th Mission Team and our third child was baptized.

The first two children were "launched" at age 18 in 2010.  We completed the fourth house on campus and added 7 children, bringing the total served to 35.  Two additional children launched from Ciudad and 3 children were baptized in 2011.

In 2012, the seventh child was baptized.  The 5th house was completed and 9 new children were added, bringing the total served to 44.  Construction was also completed on the resource building, the security wall, and city electricity was brought to campus.  Dennis Wilson and family returned to the States and Gary Gardner returned to Cozumel during the interim period.

In 2013, two more children were baptized and the first child entered the university while living at Ciudad.  Construction began on the Transition House.  Brian Coffin was hired to fill the American Director role in Cozumel along with his wife, Diva.  Gary Gardner returned to the States.

Four children were added and four more children were baptized in 2014.  Two children launched from Ciudad and we began the launch of a second location in Cuernavaca.

In 2015, twelve children were baptized.  The Transition House was completed and the first 3 young adults moved in.  Construction was completed on the Central Laundry and Ciudad obtained city water and sewer service on campus.  Two children launched from Ciudad.  Gary Gardner stepped down from his role as President and James Maclaskey was appointed to the position.  The launch of the Cuernavaca location was put on hold.

In 2017, we hired a sub-director and opened house 6.  Brian Coffin departed Ciudad and Les Johnson was hired to serve as Director.  Seven young adults entered the Transition Program and two children were launched from Ciudad.

2018 was a busy year.  Two children were baptized, four entered the Transition Program, and Norma became the first Transition Student to enroll in college off the island, when she entered the nutrition program at Universidad Viscaya de las Americas in Merida.  The Admin Staff was restructured.  Our Strategic Plan was updated, we began the Investing in Angels campaign, four student launched from Ciudad, and construction on the Child Development Center was completed.

In 2020, Suleima became the first Ciudad Alumnus to come to work for Ciudad.  Jose Rafael entered the Baxter Institute in Tegucigalpa, Honduras and became the first Transition Student to study out of the country.  We added a Campus Minister to our staff in July and another new child came to live at Ciudad in December.